11th August 2020
Joe's final studio album will be available on download from all major streaming platforms from Monday 17 August 2020. Full details and li...

3rd August 2020
One year ago today on 3rd August 2019 Joe very sadly passed away, the world lost a Legend that day but Heaven gained a Saint. Thinking of Ja... 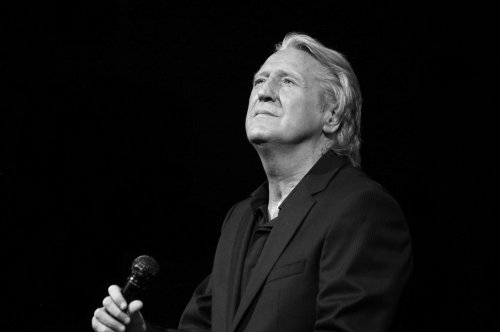 The full line up at Joe Longthorne Theatre, North Pier, Blackpool is revealed. It promises to be a true celebration of a glittering career.

The all-star studded tribute to Joe Longthorne MBE has aptly been named ‘A Night to Remember’ and revealing the full line up on Monday evening, organisers will be inviting many of the entertainer’s showbiz pals including Roy Walker, Johnnie Casson and Roy Chubby Brown to take part.

A special VIP opening of the venue is to take place on Friday May 29.

Joe’s widower Jamie Moran said they had been overwhelmed with the response to the show so far, with tickets already rapidly selling out.

Other entertainers to take to the stage will include Blackpool’s The Nolans, Mooky and Mr Boo from Blackpool Circus, musical stars Darren Day and Andrew Lancel, award winning British comedy band The Grumbleweeds, Bobby Davro and singer Rose Marie, Kate Parkes, Christopher Maloney among others.

Mitch Winehouse, father of the late Amy Winehouse was the first act announced for the grand variety show.

The Joe Longthorne Band under the direction of Andy Mudd will lead proceedings in a night fitting for the much-loved singer and impressionist, who died at his home in Blackpool last August.

The gala evening is one of a weekend of celebrations which fall on the date of what would have been Joe’s 65th birthday.


Tickets for the ‘A Night to Remember - an All Star Tribute to Joe Longthorne’ are available now .